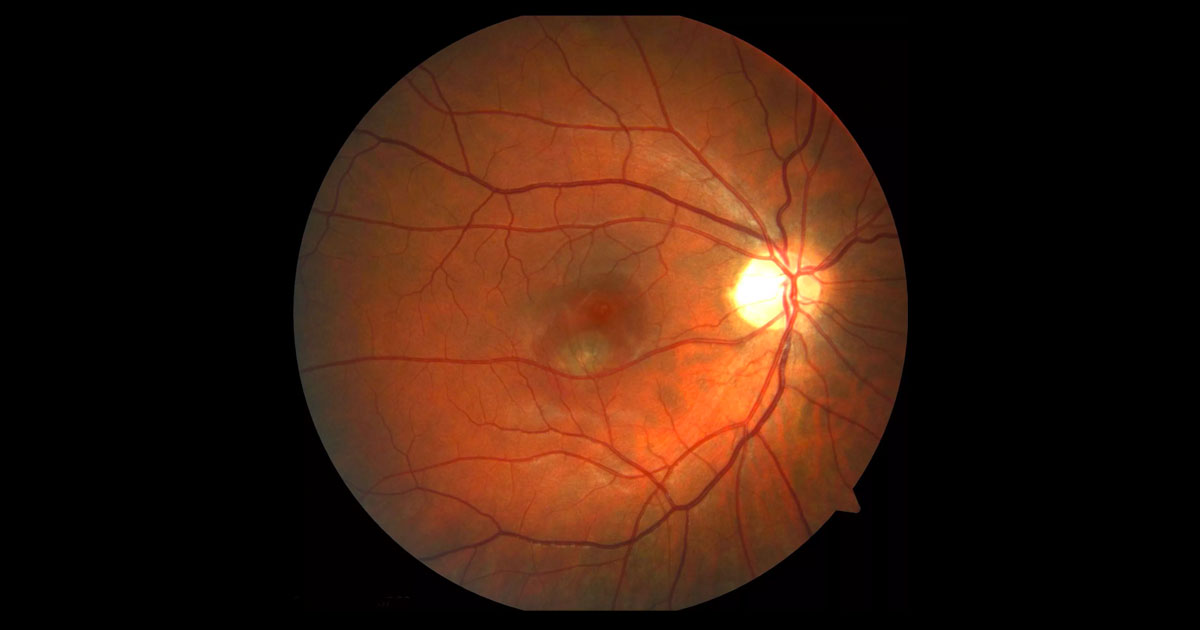 Figure 1. There is a serous retinal detachment of right macula. A grey/green lesion is present deep to this.

A 32-year-old nurse was referred complaining of distorted central vision in her right eye.

A 32-year-old Caucasian nurse presented to her optometrist complaining of central distortion of vision in her right eye. She had noticed a central patch of distorted vision enlarging over two weeks. There was no particular precipitant she could recall. Her optometrist noted an abnormality at the right macula (Figure 1) and referred her for a further opinion. 5 years previously, the patient had undergone refractive LASIK surgery to correct 7 dioptres of myopia. Following the surgery she had enjoyed good unaided vision. Her past ophthalmic history was otherwise unremarkable, with her last eye examination having been three years ago. She had no medical conditions and was not taking any medication. There was no known family history of eye disease. Visual acuity was 6/12 (pinhole 6/9-1) in the right eye (OD) and 6/6- in the left eye (OS). Examination revealed a well demarcated elevation consistent with a serous detachment of the right macula (Figure 1). At the centre of this was a deep green/grey lesion. There was no associated haemorrhage or hard exudate. The optic nerve was healthy (cup disc ratio 0.3) with a small myopic scleral crescent. The peripheral retina demonstrated areas of white without pressure but no retinal tears. The vitreous was uninflammed. The left fundus was normal.

The differential diagnosis for a serous macula detachment includes:

Optical coherence tomography (OCT) through the right macula confirmed the presence of subretinal fluid (Figure 2). Raster scans through the region of the grey/green lesion demonstrated disturbance of the RPE signal and a hyperreflective dome shaped lesion located beneath the retina with associated overlying retinal thickening, representing a CNV (Figure 3). The left macula OCT was unremarkable (Figure 2).

Figure 2. Right and left optical coherence tomography scans. There is subretinal fluid at the right macula.

Figure 3. Scans through the region of the grey/green lesion demonstrates disturbance of the retinal pigment epithelial signal and a hyperreflective dome shaped lesion located beneath the retina with associated overlying retinal thickening. This represents the choroidal neovascular membrane. There is a trace amount of subretinal fluid.

The diagnosis and treatment options were explained to the patient. The patient was treated with a same day intravitreal injection of bevacizumab (Avastin®). Avastin® is contraindicated during pregnancy and the patient was informed of the importance of contraception during treatment.

One month later the visual acuity had improved to 6/6- OD. There was still some thickening overlying the CNV so a second treatment of intravitreal Avastin® was given. Two months after initial treatment there was resolution of exudative changes on clinical examination and optical coherence tomography (Figure 5). The patient will be treated on a “pro re nata” (PRN) basis. In this regimen the patient will have regular follow up, but only receive repeat Avastin® treatment if there are signs of recurrent CNV activity (new intraretinal or subretinal fluid, haemorrhage or hard exudates).

While relatively uncommon, myopic CNV is in fact the most common cause for a CNV in patients under the age of 50 years(1) and the most common cause of vision loss amongst high myopes.(2) Myopic CNV occurs in up to 10% of patients with high myopia (refraction greater than -6 dioptres) and given the increase in the incidence and severity of myopia especially in Southeast Asian countries, it is expected to increase in prevalence.(2,3) Myopic CNV is already a leading cause of visual impairment amongst young patients worldwide.(4)

The mechanism of CNV formation in pathological myopia is still unclear. In one hypothesis, stretching of the retina and thinning of the choroid may induce choroidal ischaemia with subsequent atrophy of the overlying RPE leading to CNV formation.(4)

History and examination are both important in making the diagnosis of CNV. Distorted central vision (“metamorphopsia”), is a symptom of macula disease and alerts the clinician to the likely site of the patient’s pathology being at the macula. The most common causes of metamorphopsia in adults under 50 years include CSC, myopic CNV, vitreomacular interface disease and macular oedema (due to retinal vein occlusion or diabetic retinopathy). Patients with metamorphopsia should have macular imaging with OCT.

While the fundus signs were reasonably apparent in this patient, retinal fluid can often be hard to detect clinically in high myopes. This is because the tissues are often thinner and stretched, the CNV lesions are often small and other atrophic signs in pathological myopia can confuse the picture. Any patient with macular fluid, haemorrhage or hard exudates (rare in myopic CNV) should be referred to an ophthalmologist.

An important differential diagnosis to consider in this patient’s presentation is of central serous chorioretinopathy (CSC). Clinical features against the diagnosis of CSC are the presence of the grey/green lesion (the CNV) and overlying retinal thickening. Although reported, CSC is also uncommon in myopia.(5) The OCT in CSC has subretinal fluid but should not have a subretinal lesion, and in the acute stages intraretinal oedema is uncommon.

Patients with myopic CNV treated with intravitreal anti-VEGF have a reasonably good visual prognosis and often require fewer injections than patients with CNV due to AMD. In the only randomised trial, there was an average 14-letter (almost three line) visual acuity gain in the first year with a median requirement of 2 injections.(6)

Although there is no established regimen for treating myopic CNV, an initial single intravitreal injection followed by an “on demand”/“pro re nata” (PRN) treatment regimen is a practical option(2). A single intravitreal injection is given with further injections only being given if there is persistent evidence of CNV activity on clinical examination or OCT (deterioration of vision, intraretinal or subretinal fluid, haemorrhage). Initially, monitoring is required monthly but can often be extended once the CNV has been stabilised.(2,4)

Approximately one in three patients will develop a myopic CNV in their fellow eye3 and should be counselled about symptoms of metamorphopsia. Amsler grids given to the patient are useful for early detection.