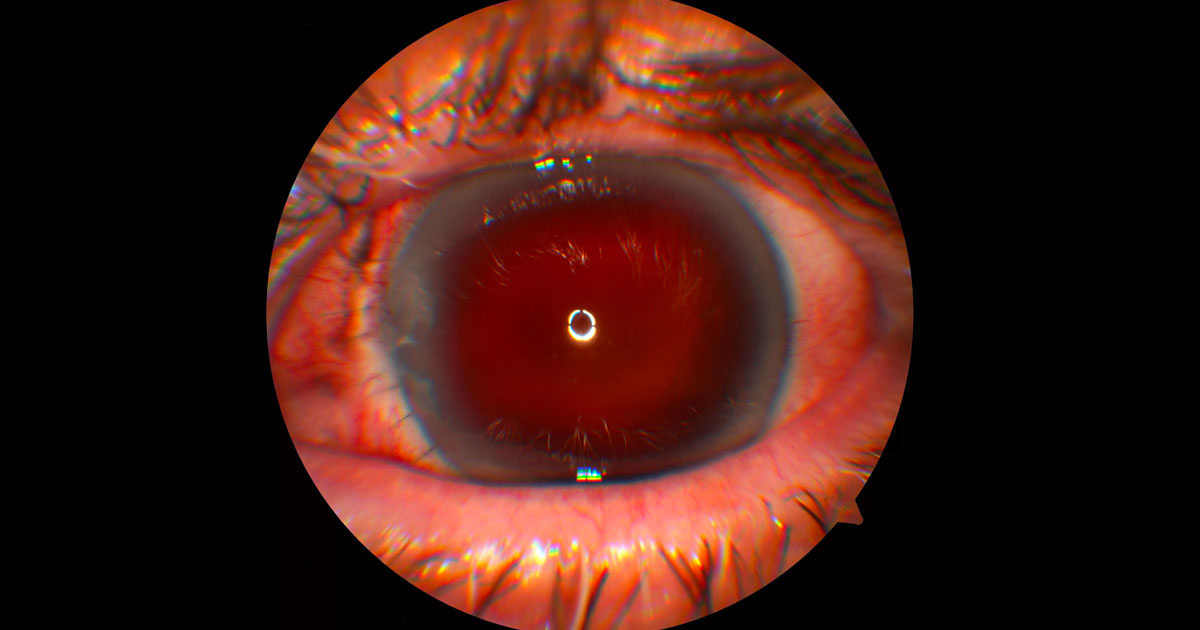 Figure 1. Anterior segment photo of the left eye following primary repair of a globe rupture. The nasal limbal rupture has been closed with interrupted nylon sutures. The eye is aphakic and there is no view of the retina due to a dense vitreous haemorrhage.

A 71-year-old male suffered blunt trauma to his left eye resulting in a globe rupture.

A 71-year-old man was referred by after falling and hitting his left eye on a wooden step. He was found to have a globe rupture, with a large nasal limbal wound and traumatic aphakia and aniridia. Visual acuity was hand motions in the left eye and the intraocular pressure was 3mmHg.

The patient was taken for emergency surgery which involved anterior vitrectomy and closure of the limbal wound with 8-0 nylon suture (Figure 1). Post-operatively he had a dense vitreous haemorrhage and remained hypotonous. At this point (3 weeks post primary globe repair) he was referred for a retinal opinion.

Given the fact that there was no view of the fundus, a B-scan ultrasound was performed. This confirmed the presence of a vitreous haemorrhage, but an unusual splitting of the eye wall was also detected superonasally (Figure 2). 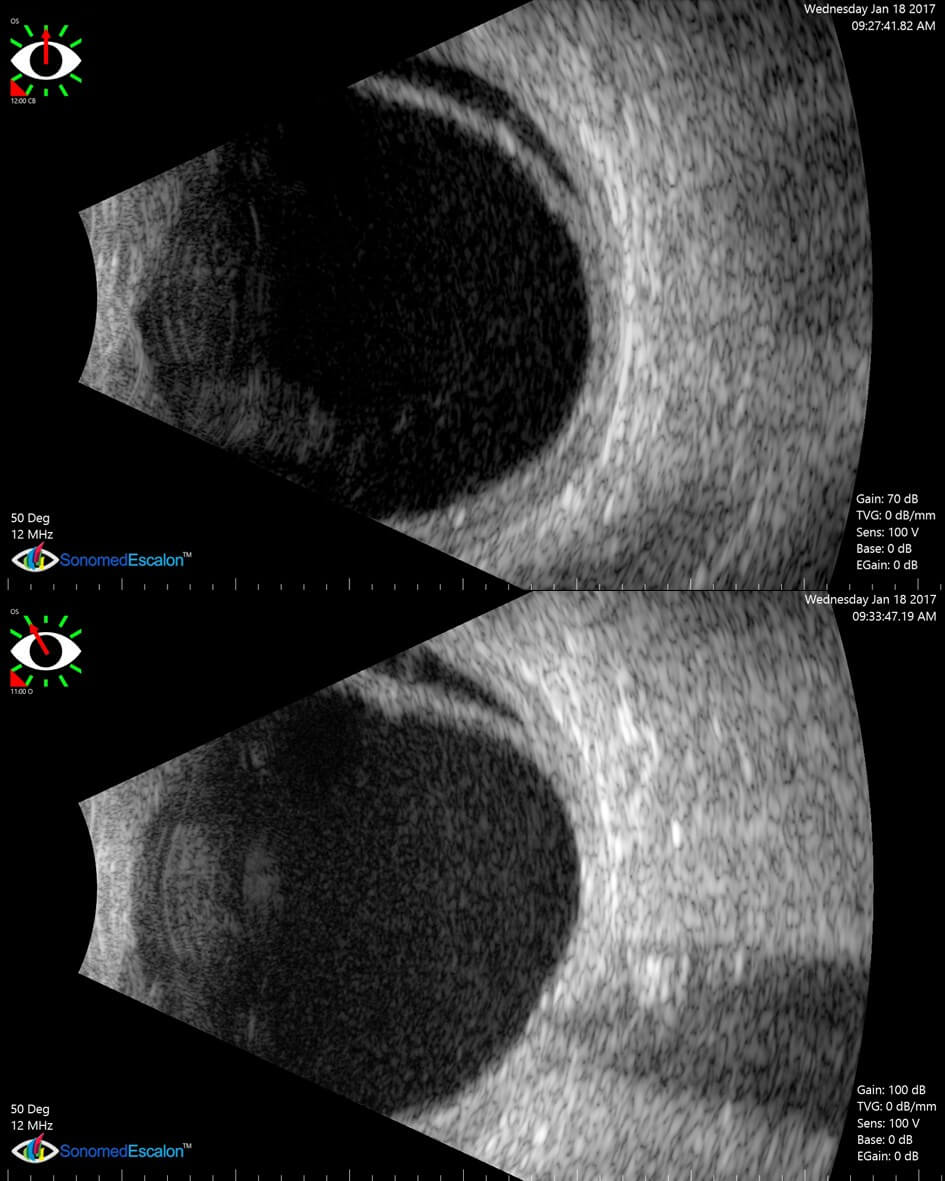 The differential diagnosis for a peripheral splitting of the eye wall on B-scan ultrasonography includes:

The history of trauma, hypotony and appearance on the B-scan ultrasound is consistent with a cyclodialysis cleft with choroidal detachment.

The patient was referred to a glaucoma specialist who confirmed the presence of a cyclodialysis cleft between 8 and 9 o’clock on gonioscopy. Initially a period of observation was recommended, however 3 months after the injury the eye remained hypotonous despite attempts at medical management with topical atropine and steroids (Maxidex). Repair of the cyclodialysis cleft was therefore performed by fashioning a medial scleral flap, identifying the cleft and suturing it closed with 10-0 nylon. The flap and conjunctiva was closed with 8-0 vicryl.

Nine months after the initial injury with the cyclodialysis cleft successfully repaired, the vision had returned to 6/60 ph 6/9 with an IOP of 19mmHg. The macular choroidal folds had largely resolved (Figure 5). Vision remained poor due to traumatic aphakia. 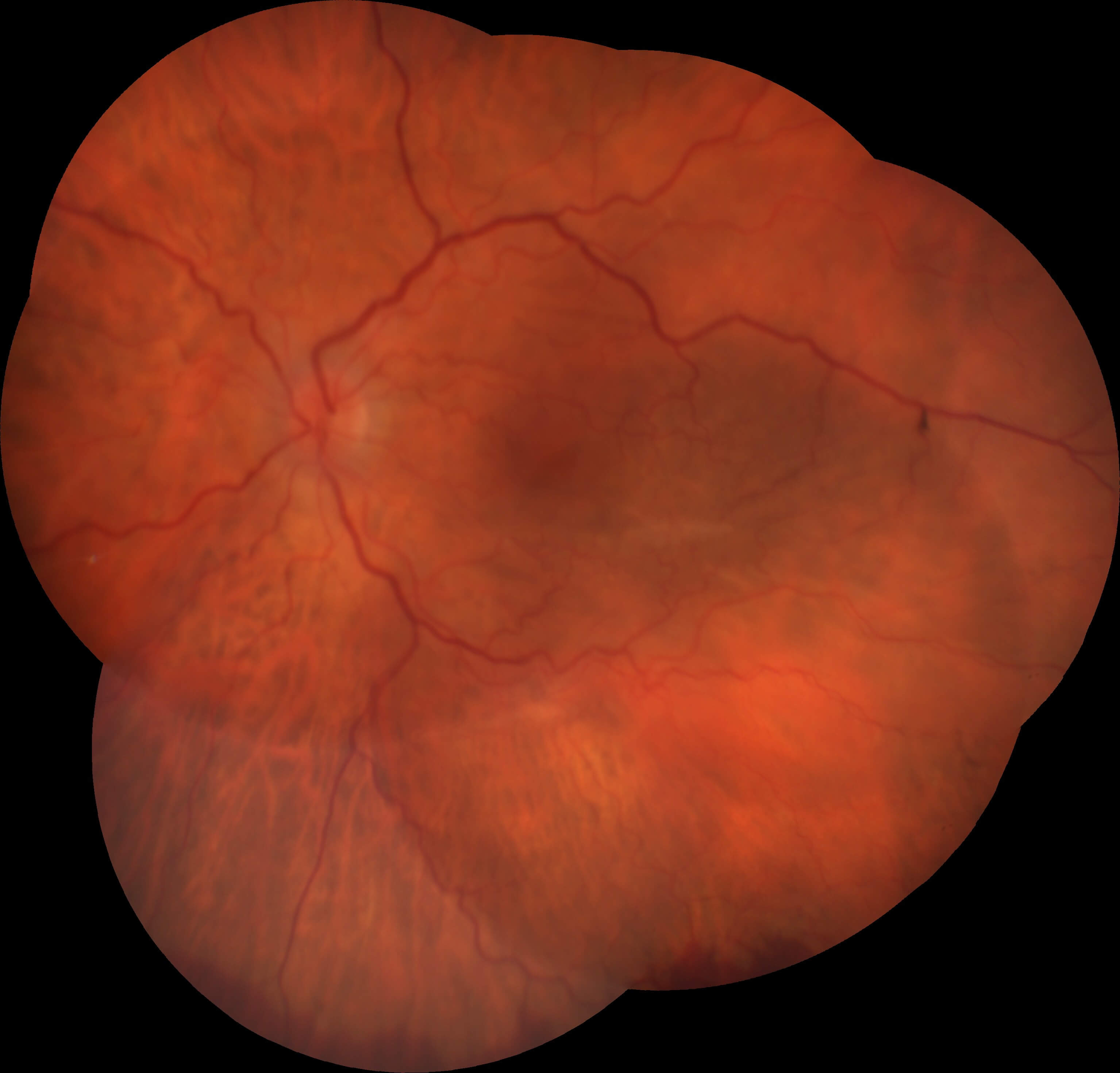 Figure 3. Colour montage photograph of the left eye shows choroidal folds at the macula due to hypotonous maculopathy. 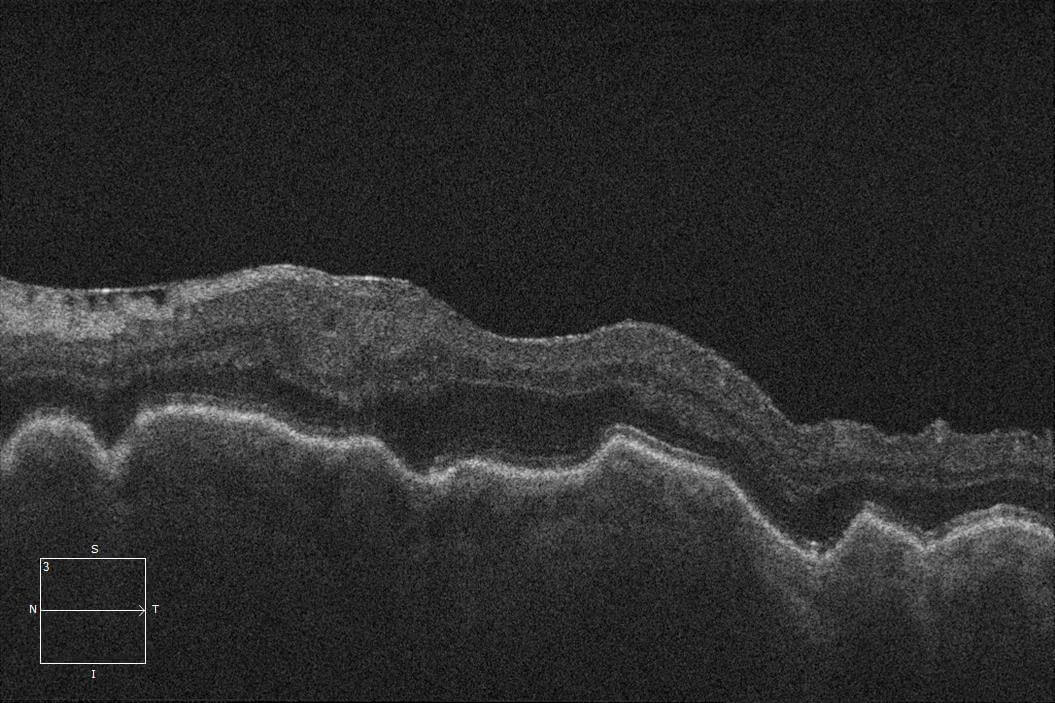 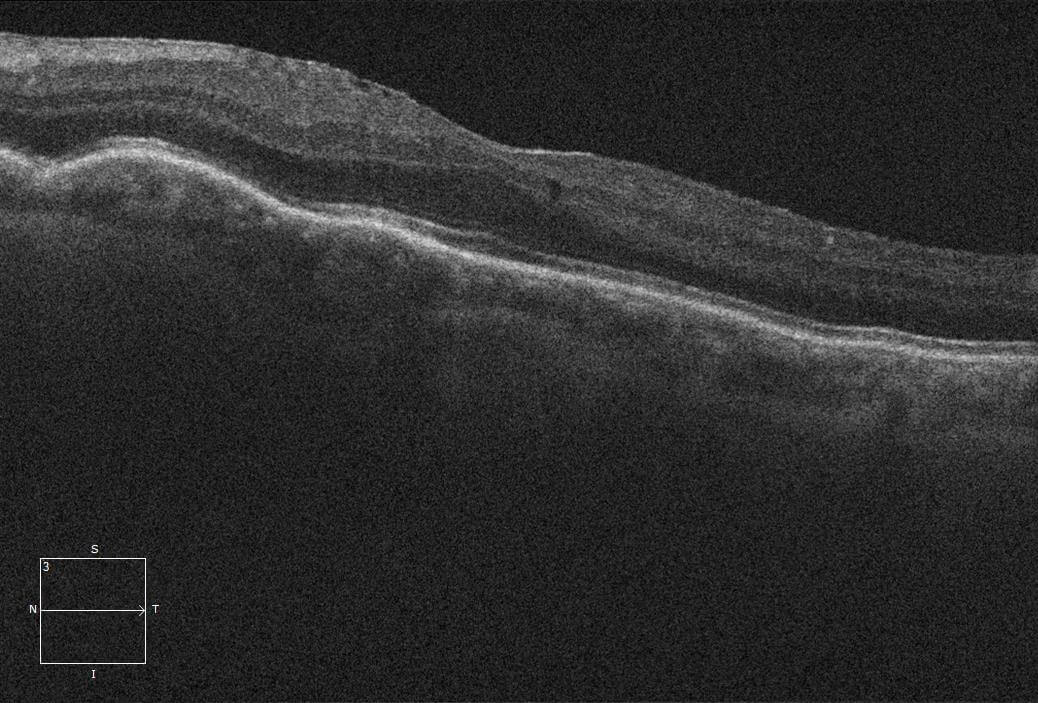 Figure 5. Following repair of the cyclodialysis cleft, the intraocular pressure normalised and the choroidal folds resolved.

Figure 6. Colour photographs of the right and left eyes. The right eye is normal. The left eye has a Morcher Type 68 Intraocular lens that has been sutured internally to the sclera. This intraocular lens has a prosthetic iris.

A cyclodialysis cleft occurs when the meridional fibres of the ciliary muscle disinsert from the scleral spur(1). This may be a result of blunt external trauma or following intraocular surgery. The cleft allows for direct flow of aqueous humour from the anterior chamber to the ciliochoroidal space and often results in hypotony. The hypotony may cause complications including shallowing of the anterior chamber, cataract, optic nerve oedema, choroidal effusions and choroidal folds with hypotonous maculopathy. Cyclodialysis clefts can be visualised by gonioscopy, ultrasound biomicroscopy (UBM) and anterior segment OCT.

Options for surgical placement of an intraocular lens includes insertion into the capsular bag, sulcus, anterior chamber, iris clip or suture and scleral suture or tunnelling. When the capsular bag and iris are not present such as following trauma, only a scleral fixated IOL is possible. Prosthetic irides are indicated for aniridia, both for cosmetic reasons and to reduce glare. Companies that manufacture this include Morcher (Stuttgart, Germany), Ophtec (Groningen, Germany) and HumanOptics (Erlangen, Germany). The prosthetic iris may be separate from, or part of the IOL. Recently, use of CV-8 GORE-TEXÒ suture instead of Prolene to fixate the IOL has been thought to give greater longevity. The use of Hoffman pockets avoids the need for scleral flaps.