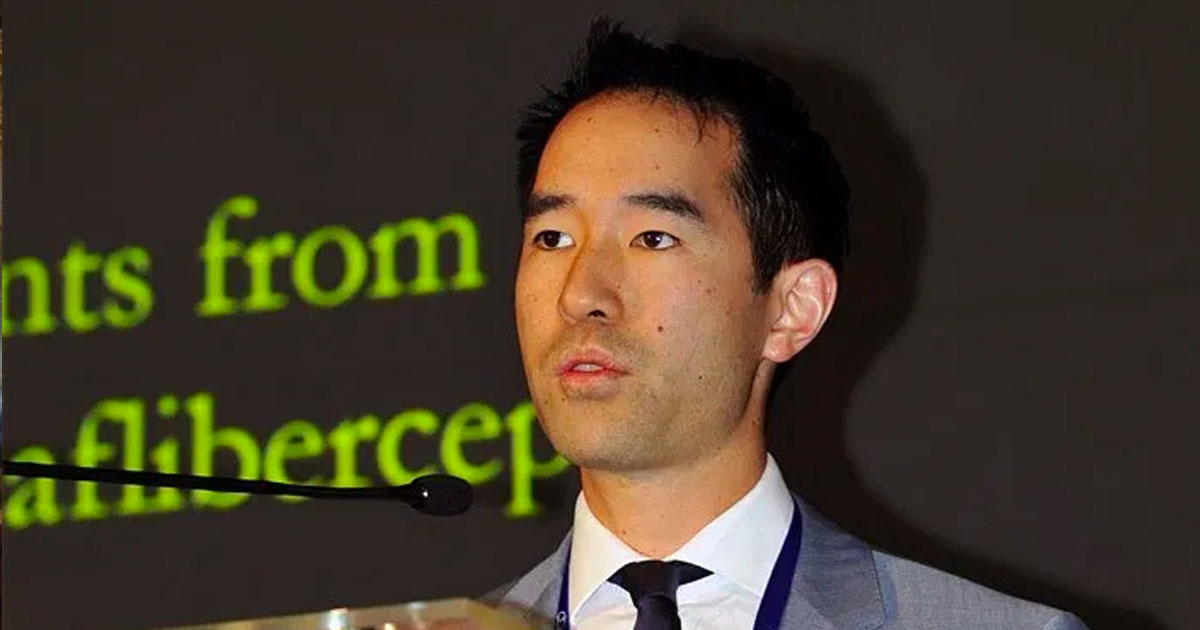 Visual and anatomical outcomes were found to improve after 6 months. However, it is uncertain if patients commenced on aflibercept would equally have improved if switched to ranibizumab. At the oncology symposium he presented two rare cases of choroidal neuroendocrine tumour and lymphoma. On Monday at the rapid fire session he presented a paper looking at the pitfalls of ultrasonography in measuring choroidal tumour thickness. Since the advent of enhanced-depth imaging optical coherence tomography, our accuracy in measuring choroidal tumours has increased. This has led to a revision in our thinking regarding measurement of choroidal tumour thickness.

Also presented was a paper on sclerochoroidal calcification, which due to a lack of choroidal involvement is probably better named scleral calcification. Finally, Dr Fung presented two posters on high-dose ranibizumab for neovascular age-related macular degeneration and solitary idiopathic choroiditis. High-dose ranibizumab (2.0mg) has the potential to improve outcomes in patients with recalcitrant fluid on standard dose (0.5mg) ranibizumab.