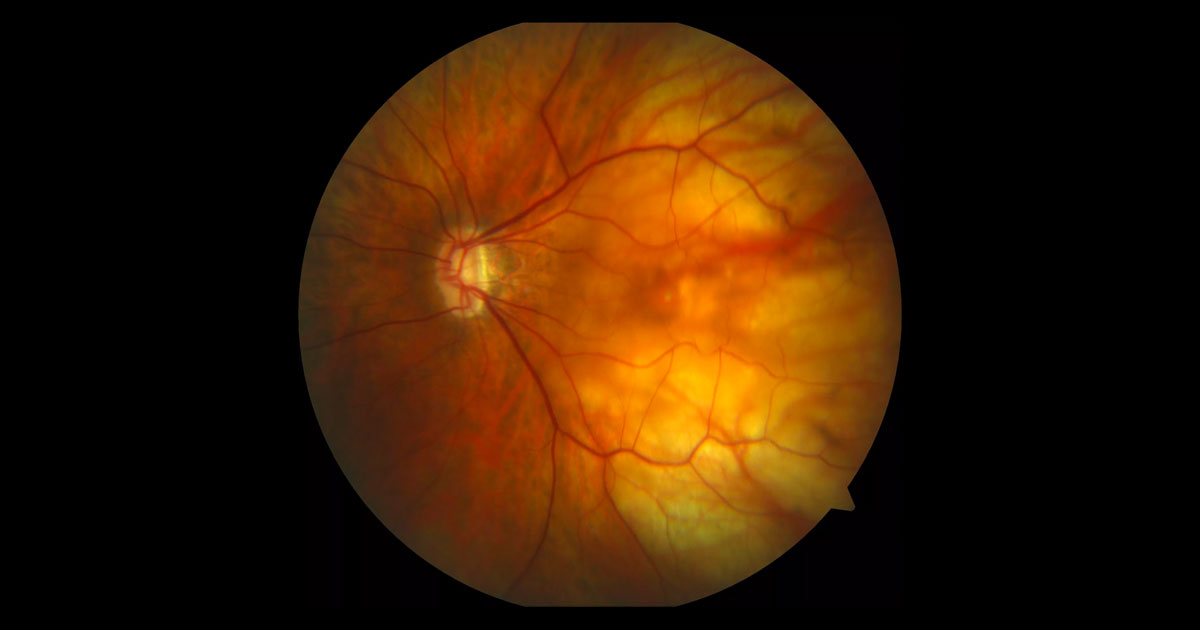 Figure 1. Colour fundus photograph of the left macula. There are signs of myopia including tilting of the optic disc, tessellation and pallor in the temporal posterior pole.

A 51-year-old high myope was referred with reduced vision in her left eye.

A 51-year-old female was referred with gradual deterioration in vision in her left eye over the preceding months. This was on a background of high myopia (SE -8.0D). Her optometrist had noted changes at the left macula and referred her for further opinion and management.

The findings and diagnosis was discussed with the patient and her options outlined. After a brief period her vision deteriorated further to 6/30-1 and a pars plana vitrectomy was performed. Over the ensuing months the OCT findings progressively improved with an associated improvement in her visual acuity measuring 6/18 at the 3 month post operative visit (Figures 3 and 4).

Figure 3. One month postoperative OCT demonstrating relief of the traction and an improvement in the macular architecture.

Myopic foveoschisis is one of the major causes of vision loss in highly myopic eyes with an estimated incidence of 8-34% of high myopes.(1) It may be an incidental finding and progress slowly such that patients remain asymptomatic. The natural history however, in around 25% of cases, involves progression to more serious complications such as foveal detachment, macular hole formation and macular hole retinal detachment.(2-3) If left untreated these may result in severely reduced vision.

Myopic foveoschisis almost always occurs in the presence of a posterior staphyloma. The pathogenesis is considered to partly related to the expansion of the staphyloma and to diverse inner tractional forces from the cortical vitreous, non-compliant native internal limiting membranes, epiretinal membranes or retinal vascular rigidity.(1,4)

OCT imaging provides diagnostic confirmation typically demonstrating a splitting of the neural retina into complex schitic spaces. As in our case, the OCT image may also demonstrate foveal detachments and epiretinal membranes.

Surgery is usually considered in cases where there is progressive decline in the patients’ visual acuity typically with the development of a foveal detachment. As there are significant surgery associated risks, careful case selection and patient counselling is paramount. Favourable anatomic and visual outcomes have been demonstrated with pars plana vitrectomy, internal limiting membrane peel and gas tamponade.(5) Using these techniques resolution of the myopic foveoschisis can be achieved in the majority of cases however full resolution may take up to 6 months.